Talking to Kids in a Time of Chaos & Violence 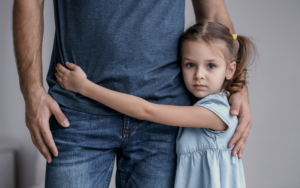 Talking to Kids in a Time of Chaos and Violence

Talking to young people regularly and compassionately is the best way to help them feel safe in what feels like very unsafe times, says Scott Hanauer, clinical director for FESS.

“With the pandemic and the political violence, it’s more important for significant adults to check in with kids now more than ever,” he said.

Among the major stress events kids must currently cope with:

All these issues are what Keoki called “secondary trauma.”
“How do have a difficult talk with kids about these things,” he said.

He and Scott had several suggestions.