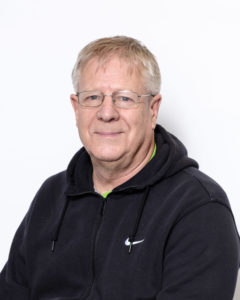 The work of Family Education and Support Services has become centered on helping parents build resilience to help them raise resilient children. FESS programs can help all adults with children raise the level of their parenting by using skills that have become central to our work.
Our Clinical Director Scott Hanauer explains more…

In the past two decades, researchers have made enormous strides in learning how trauma affects the young human brain. From that research came a list of Adverse Childhood Experience (ACEs) that can be shown to have specific effects on young developing brains. They include such stress factors as divorce, domestic violence and substance/alcohol abuse, among others.

But what to do with the new knowledge?
“We learned about trauma and ACES but nobody ever told us what we can do about it to mitigate the effects,” said Scott Hanauer, Clinical Director at Family Education and Support Services (FESS). A new parenting path is being created, built on the knowledge gained in recent years. One key factor in lessening the effects of adversity is building resilience, said Hanauer, who teaches on trauma and building resilience, which he defines as “one’s ability to overcome challenges and push through.” He added that all humans have a certain level of resiliency. “We’re all on a continuum” of ability to overcome and push through, he said. He said recent research shows humans may actually have a gene for resiliency. Whatever the level of resiliency a human being may have, “we can build it for families and for kids,” he said. So important is resiliency that FESS has focused on the issue on as the “Regional Resilience Center” in its new Tumwater facility. 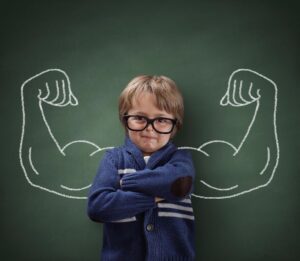 How to build resiliency in kids?
“If you are a parent you can test for your kid’s resiliency” he said. Two key factors in building resilient children: “Having one adult who believes in them unconditionally, one stable believing adult” and “having a resilient adult role model.” “Kids who see resiliency in their lives are more resilient,” he said.
The issue of youth trauma is staggering. Scott is part of a group called Thurston Youth Alive, which is studying youth suicide and ways to prevent it.

According to the 2018 Healthy Youth Survey, 22 percent of local sixth-graders reported having seriously considered suicide. Seven percent of them have attempted it. That is substantially higher than just two years before. In 2018, three children in our county committed suicide, two under the age of 10. Only 50 percent have of 8th, 10th and 12th graders reported having someone to talk to when they are stressed.

But there is hope.
Those studying stress, trauma and resilience have identified different kinds of factors that affect children and families, both risk factors and protective factors.

“We need to improve the protective factors – to hard wire that information into the families we work with,” Scott said. Working on building protective factors such as safety, emotional regulation and parental and family optimism, among many others, actually increases the way the brain functions in a positive way, he said. That’s especially important in the current environment where bullying through social media, economic stress on families and other factors make it harder for children to grow in a healthy manner.

Stressors on kids are very different that a generation ago,” he said. Something as basic as parents listening to their children can be used, if done right. Two basic kinds of listening – empathic and problem-solving – are used by adults. Many parents use the problem-solving method – “how can I fix this” when a more effective approach – acknowledging feelings, sharing your support and showing gratitude that they used their words – can make a huge difference, he said. “Most kids come to parents to be heard,” Hanauer said. “If we ask the right questions, kids still come up with their own answers.” Those kinds of skills and many more based on what has been learned in recent years about trauma can help all parents. FESS will soon be reaching out to the community at large to listen to parents about how to make that new knowledge and those new skills available in an effective way for parents from all socio-economic backgrounds.

A focus group to discuss how to reach more parents will be held in February as FESS works to increase the levels of parenting skills throughout the community.”We can take what we have learned from trauma-informed parenting and bring it to more families,” Scott said.