An advisory group is putting the final touches on a support group for LGBTQ+ parents, to be called “Parenting Proud.”

The group will meet for two hours once a month beginning in January, said Sandy Hurd, a child therapist in Olympia who coordinates the group meetings. The group, which is supported by a grant from Choice, is for LGBTQ+ parents who may or may not have LBGTQ+ children.

“We will discuss all their issues,” Sandy said of the parents.

She said the idea is the brainchild of Shelly Willis, Executive Director at Family Education & Support Services (FESS).

The support group will be free to participants, said Sandy. She came out as a lesbian later in her life and has spent 15 years as a lesbian mom.
The idea has been met with enthusiasm, she said.

“There is a lot of support for this,” she said.

Sandy said “the experience of telling others about being LGBTQ+ can be daunting.  I didn’t want to tell my mother and instead was able to tell my sister.” When Sandy did eventually tell her mom, she “really angry,” but eventually supported her.

Sandy said, “it feels like progress has been made” around LGBTQ+ issues, adding that it would be hard to imagine a group like this 20 years ago.

The advisory group has been discussing ways to make the support group as inviting as possible.

“We want to make sure the language is clear and inviting,” Sandy said. 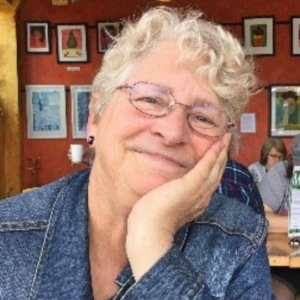