From Program Participant to Board Member

From Program Participant to Board Member

She is one of the reasons why the words “Regional Resilience Center” was added to Family Education and Support Services’ (FESS) identity a few years ago. Resilience, that quality of flexibility and successfully bouncing back from daunting difficulty, epitomizes Lelah’s life.

“I am determined to never give up,” said Lelah, who now serves on the FESS Board of Directors.

At age 34, she is a single mom of three. She lives in Bucoda and works as an insurance agent and broker, traveling throughout the country to train in her profession.

To say her life has been a roller coaster is an understatement.

Her story of trauma includes being neglected – “basically abandoned”— at one point as she had little ongoing parental support. Born in Idaho, she has spent most of her life since she was 2 in southern Thurston County. She stopped attending high school for a while, after becoming what she calls a “straight F student” and falling in with a crowd of people making bad choices.

“They were a surrogate family,” she explains. “I wanted to feel like I belonged somewhere.”

But in her junior year, she turned her life around and began applying herself to her studies. becoming a straight-A student and graduating from high school with honors.

In trying to escape the chaos of her home life, she again began hanging out with unhealthy people, and her life once more spiraled downward. Although she was enrolled in Washington’s Running Start program for college, she decided to drop out.

“I was making so many bad choices. I became came an A-to-Z addict. If it was there, I used it.” Particularly ravaging was her addiction to opioids. “It was horrible,” she recalls.

At 21, she went through a emotionally hard breakup with someone, compounding her desire for drugs.

“I didn’t care what it was, I just wanted to feel something different,” she said. “I was sick. There was a lot of unresolved trauma I had no clue how to deal with.”
To keep taking drugs and stay financially able to pay for her $2,000-per-day opioid addiction, she sold drugs.

“I would lie, steal, do whatever I needed to,” she said. Amazingly, she somehow avoided legal trouble. “If I was held accountable for everything I did, I would not be free today.”
Along the way, she became pregnant. The father didn’t stick around.

She’d been through it all – physical, sexual and emotional abuse, neglect and drug addiction, she said. “I was homeless, pregnant and alone.” She felt as though she had walked into hell and shut the door behind her.

But the pregnancy turned her life around, giving Lelah someone else to live for, she said.

“My daughter saved my life.”

So began her path back.

It began with a feeling of inadequacy. “I had no business being a mom,” she said. That feeling led her to seek treatment and support through Washington’s Department of Social and Health Services.

Those first steps eventually led her to Behavior Health Resources and to Shelly Willis and the FESS Parents4Parents Program, which gave her the support she needed to succeed.

Lelah says she lost touch for a while afterward, but eventually reconnected through the Parent-Child Assistance Program (P-CAP), which provides support for women who have suffered through substance abuse and want to turn their lives around.

Three years in that program and the strong personal bond she formed with her P-CAP case manager were invaluable. When her time with the program ended, she didn’t want to leave. She also was involved with FESS’ Consider the Children Program, and vividly remembers getting Christmas presents, not only for her children, but for herself, as well.

“It was so far beyond anything I could imagine – everybody got gifts!”

She lost touch with FESS for a while. But as she built a career, the foundation she had created remained strong. She became a Certified Nursing Assistant (CNA), then eventually walked into the YMCA to see if she could supplement her income. They gave her an entry-level job, and two months later, she was promoted to membership coordinator, a job with fulltime pay and benefits. When staff cuts during the covid pandemic ended the YMCA job, she earned her insurance license and now is building her own business, Arch Financial Services.

She joined the FESS board when she received an email from Shelly that was intended for someone else.

Doors open in amazing ways, and she took the opportunity, knowing it would help her give back some the support FESS had given her as she tried to heal and move forward.

“There is this community service part of me,” Lelah said. “I love my community. And I have a soft spot in my heart for the underdog because I have been there.”

She says FESS played a major role in helping her recover and build a stable life.

“Today, I have catapulted to a place I didn’t even believe was possible. I have been able to heal so many parts of me,” she said. “It was all due to the support I received. And FESS was a big part of that.” 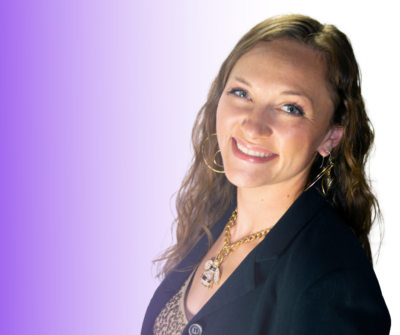